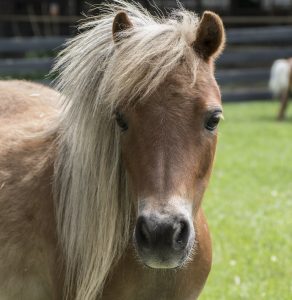 May 31th, 2017 – Like human beings, animals can also suffer from posttraumatic stress disorder, as well as experience emotional distress. The Animal EMDR approach (Eye Movement Desensitization and Reprocessing) has proven effective to counter the highly disabling psychological and behavioural effects of these disorders. And, good news, this technique recently became available in the Province of Québec.

EMDR was discovered in 1987 by Francine Shapiro, who developed this treatment approach to bring relief to the human limbic brain. ‘The idea is to bring emotional relief using alternating bilateral eye movements. We thus eliminate fear which is always activated in the amygdala, even in the absence of danger’ says Fabienne Lannes-Gillibert, EMDR Psychotherapist, Practitioner and Supervisor, who created this approach at Institut Emanasso in France, which she cofounded with her colleague, Annick Bordat.

Recognized by the World Health Organization (WHO), the American Psychiatric Association, the Department of Defense as well as hospitals for Veterans in the United States, EMDR treats depression, some types of phobias (ex.: social, foods, objects and transportation), anxiety and panic attacks.

‘The idea of adapting EMDR to animals began to take shape in 2010’, tells Fabienne Lannes-Gillibert, after noticing that her dog was afraid when she was using the garden hose. 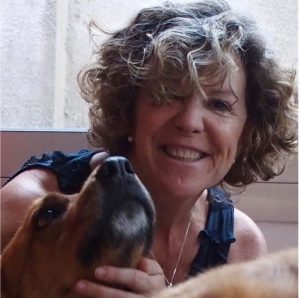 ‘Since all mammals have a limbic brain, I created a protocol for applying EMDR to animals, starting with my own dog. Now, I can water my flowers near him and he no longer runs away. I have then conceptualized other protocols depending on the complexity of a given situation’, she continues.

Fabienne Lannes-Gillibert points out that her primary concern is to take care of rescues; for example, dogs, ferrets and cats, to name a few. Some of them exhibit behaviours that prevent them from being adopted. One wonders if Animal EMDR can offer permanent relief. ‘Yes, because this approach represents a true natural healing process. As evidence, pictures of the brain showing the trace of fear, which disappears after treatment’, confirms Fabienne Lannes-Gillibert.

Fear in dogs and cats can take various forms; for example, in a car or in an elevator, while someone is vacuuming or putting drops in the animal’s ears. As for horses, they can suffer multiple phobias: Refusal to jump over obstacles, strong reaction to the slightest noise and to treatment against flies. In all of these cases, the Animal EMDR approach solved the aforementioned problems.

So far, Institut Emanasso has trained over 100 certified practitioners, namely veterinarians, dog trainers and horse trainers, whether in France, in Belgium or in Switzerland. In the Province of Québec, François Porcherel, Animal Behaviour Consultant, was recently officially appointed by Institut Emanasso in this field.

Question: Is Animal EMDR in competition with the work of dog trainers? ‘No, at no time does this technique target dog training, no more then it interferes in other activities of animal related fields’, assures Fabienne Lannes-Gillibert. French, Belgian and Swiss dog trainers have nevertheless learned this technique at Institut Emanasso, as a tool in the treatment of conditioned fear. In fact, this is a complementary approach. Indeed, ‘Animal EMDR is the missing link’, recently said a veterinarian. It is therefore reasonable to believe that this technique is headed for a very promising future in the Province of Québec. 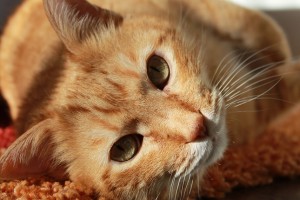 Editor’s Note: Institut Emanasso points out the importance of consulting a veterinarian before considering this approach. Inappropriate behaviours from an animal facing a stressful situation may be caused by physiological pathologies.

For more information on Animal EMDR in the Province of Québec, please contact François Porcherel at 819 382-2127.