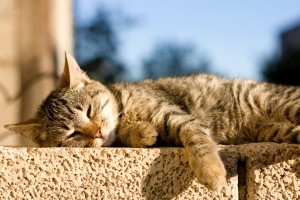 July 4, 2016 – A critical moment that will change the life of a pet owner, euthanasia confirms the certainty that we are all mortal. To end the life of a faithful companion reminds us, too, how the attachment between humans and animals can be powerful.

For some people, animal mourning is more distressing than the death of a relative. Who has not heard that after the death of a dog or cat, grief felt by his master was extremely intense, even stronger than the one associated with the disappearance of a close friend or a parent.

The Choice is up to the Pet Owner

“Euthanasia is a decision that must be taken by the pet owner, unless the animal suffers unduly”, says Élise Coutu, veterinarian at the Clinique vétérinaire du compagnon. Some people fail to accept fate, to the detriment of their animal whose physical condition is jeopardized.

Unfortunately, most animals have a relatively short life. “One can only hope that their existence be as pleasant or as long as possible, but a fact remains immutable: they are resolutely only passing”, added Élise Coutu with a little philosophy.

Élise Coutu is a true animal lover who has lived the lost of several animals. She learned then to protect herself from the “the pain caused by compassion”, an emotion experienced by many people working in a wildlife environment. “It should be noted that the suicide rate among veterinarians is one of the highest among all professions”, she said, because they face, on a daily basis, pet owners devastated by the death of an animal. Furthermore, veterinarians are often powerless to manage the inevitable death, they whose mission is first and foremost to preserve life. 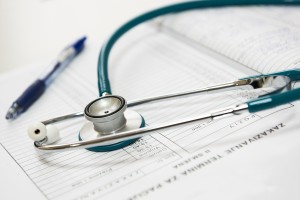 Euthanasia is a subject both delicate and complex. In some cases, addressing this issue can generate conflicts within a couple, and even separation. “Often, men are rational in this situation, while women would be willing to mortgage their homes to extend their pet’s life”, says Élise Coutu. It becomes more difficult for the veterinarian to intervene. In the circumstances, a little psychology may avoid making things worse

Unfortunately, some less fortunate pet owners must let got their companion with a disease, such as diabetes because they do not have the means to buy the necessary drugs to control its effects. The pill will be more difficult to swallow when it will end, while normally, the animal could have lived two or three more years.

“In other cases, it is not the financial means that are lacking, but rather the lack of time of the owners because of their irregular time schedule, that rendering them unable to assume the constraints arising from treatments to administer. “ Anyone should be able to choose in what direction to go”, insists Élise Coutu, who believes that animals are important, but also the people.

That being said, ending the life of an animal for the vet may have an impersonal character. For this reason, the Clinique vétérinaire du compagnon provides measures to mitigate this reality. Euthanasia is made in the morning at the first hour, or when employees return from dinner, so that the concerned pet owner never has to wait in the waiting room. Upon arrival, people were immediately taken in a particular room. Billing and signatures are made on site. These same people then leave the clinic through a door that is exclusively reserved for them.

“Sometimes, I practice euthanasia in the pet owner’s car. This avoids having to move an animal too sick. I also do it at home, sometimes, because it is the ideal scenario. The animal goes out in its slippers, somehow”, launches Élise Coutu, who believes that euthanasia is a relief in some situations. You should know that most of the time, the animals on which it is practiced no longer have any pleasure in living. “When the injection starts, we see clearly that they feel relieved of an overwhelming grief.” 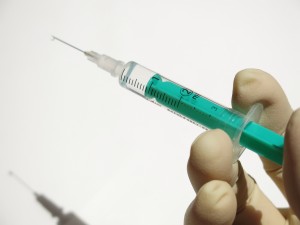 To be honest, euthanasia is an end in itself. It is part of a responsible approach to ensure animal welfare in life and in death. Accepting the consequences can be extremely difficult, but with time, the painful ordeal of mourning eventually fades out. If it is impossible to forget the loved one, but we always end up learning to live with its absence.