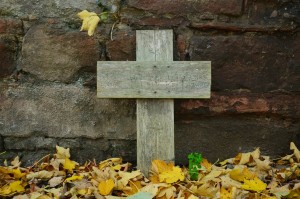 June 17, 2016 – Animal mourning is experienced differently from one person to another. Still, a common denominator remains, namely a more or less intense pain associated with the loss of a loved one.

Those who do not have pets tend to negatively perceive this state of mind, which sometimes they find futile and baseless. Be that as it may, the death of a pet can be as violent as that of a parent, spouse or even a friend.

A study published by the American Animal Hospital Association (AAHA) found several very interesting data about pets. For example, some 70% of their owners see them as a child or family member. Furthermore, 65% of those interviewed say they spend as much or more time with their pet than with family and friends. Other statistics published by Stérilisation animale Québec speak for themselves, including one that shows that 40% of Quebec households own a pet.

Do not worry, most pet owners suffer in silence when they lose a cat, a dog or a parrot, to name a few. Oftentimes, confiding one’s pain to those who do not measure the emotional intensity you feel may cause misunderstanding, derision and contempt, whether in the workplace or elsewhere. Fortunately, there are compassionate souls who advocate breaking down prejudices, but above all, to ensure that the bereaved can regain their dignity. 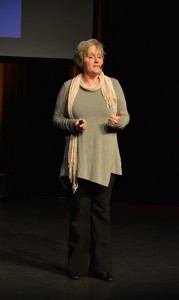 Lynne Pion is one of those who take the phenomenon seriously. For her, animal mourning is anything, but a joke, a hoax or an urban legend. Former teacher of French in French immersion class in British Colombia, now speaker, blogger and author, she accompanied the bereaved for various reasons, including the loss of a pet. Its main objective is to demystify mourning, so that a person who is overwhelmed can regain its “colours” of origin, as much as possible.

It also offers online training that spreads out over six weeks. Participants get acquainted with mourning and give it another meaning, in so doing, it does not become a barrier to their development. “My role is to listen without judging. We must understand mourning, especially animal bereavement that is still taboo in our society, “says Lynne Pion, who has kept animals her whole life through.

Several participants while training wish to understand what grief is, even if they do not necessarily face it. Thus, they will have in hand the right tools when the time comes. Some exercises that are taught there enable the development of resilience. Every day the participants become aware of what grief means.  They realize that they are still alive, even if the loved one has disappeared. We must not trivialize mourning, but rather tame it.

When the animal in question belonged to his deceased master, mourning can be double. A first grief is experienced after the death of the latter, and a second when the animal died in his turn. “Many emotions rise to the surface on such an occasion,” says Lynne Pion. In any case, we must look at whether mourning relates directly to the animal, or if, more or less, it hides another one.

Lynne Pion thinks back, occasionally, to the death of a Cockatiel she kept for five years. That bird practically saved her life psychologically. “I’ve never cried as much for an animal when it died. Mourning was very difficult”, she said. 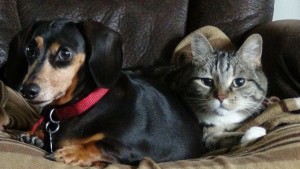 The death of a pet can generate an infinite sadness, it causes emotional distress and even depression. Some people dread that moment, so that they hope to die before it, especially when the relationship is based on a form of anthropomorphism. The animal occupies such an important place that could be compared to that of a child. When it disappears, his master feels that a part of himself is gone, and he or she will have to learn how to walk toward a new life, where everything is still possible.

Clik here to reach the french version of this article.

N.B.: Lynne Pion, professional grief and resilience, is the author of a book that was published by Card.