By Daniel Filion
Consultant in feline behavior at Éduchateur 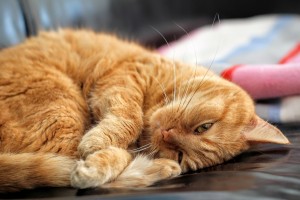 October 27, 2016 – In my last column, I explained to Internet users how to play with their cat in three steps. That being said, if the cat has needs to play, you must identify the toys it prefers, but also know the limits that should not be crossed during a game session. In so doing, bites potentially severe will be avoided.

One of the favorite toys of the cat is the “stick bibitte”, to which an insect is hooked. However, be careful, do not spin that insect even less shaking it abruptly from left to right, because this game would be unrealistic. Typically, an insect zigzags in flight, its trajectory being neither circular nor linear.

To create an almost perfect simulation game, you must imagine different movements made randomly. And to excite more the cat’s senses, the insect must land regularly and even hide. Recreating the same conditions as in nature is critical to a cat, so that it can fully express its hunting instincts. 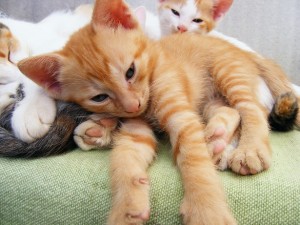 When Playing, Watch Your Hands

The hands should never be used to play with a cat. Many people are involved in this game without knowing that the consequences may be harmful. While the animal is on the back, they rub their stomach vigorously or touch its head. In this situation, the animal grips the hand with its front paws, because it thinks that it is a prey. It bites and uses its hind legs to knock it out, as it would in real life.

The trouble, with this ritual, is that the cat learns that the hand is a toy with which it has the right to play. Eventually, and at an unexpected time, it could bite hard, be it a hand, forearm or ankle, to name only these body parts. I often see cases like this in my practice. We must at all costs avoid that outcome. 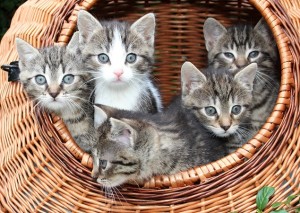 Know that when the kittens play with each other, their mother teaches them to measure the intensity of their bites. For some breeders, the kittens leave the nest prematurely or after eight weeks, while it would take at least 14 weeks. Result: the education of kittens remains incomplete which could lead to behavior problems.

The rope that we spin is another game that cats love. However, you should never let it to your cat in your absence, because it could swallow it, as do thousands of cats annually. In such circumstances, the animal should be seen by a veterinarian, because the ingestion can create damaging intestinal problems.

Ditto for the rubber bands which, if ingested, often find themselves stuck somewhere in the digestive system of the animal. To reduce these risks, you’d better opt for well-designed toys, and whose pieces are securely attached. These items will cost more than others, the quality being lower, but their increased resistance could make the difference.

After the game, I recommend that the stick-type toys be stored. The animal will understand that they are only used in interactive mode. In so doing, the animal will keep its interest in this toy. All this will contribute to develop a positive relationship with a cat, the latter perceiving favorably playful moments devoted to it. 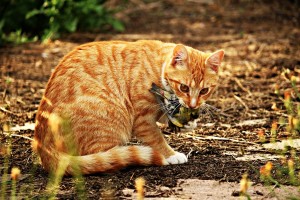 Ideally, you should play with your cat twice daily, from five to fifteen minutes and sensibly at the same hours. Observing this routine will have extremely beneficial effects. Knowing that his master offers him two game sessions every day, the animal will keep its strength. This will reduce the risk that in the meantime, it rages and destroys the toilet paper rolls and other household objects. Playing with your cat is certainly a good habit. This contributes to regulate its temperament, but more so, to make it happier.